The common phrase “ to carry a weight on your shoulders”  is more true than you think, shoulders top off any great physique, they are the muscles that show up even in a big jumper, they widen your upper body and stronger shoulder muscles means a stronger you.
The shoulder muscle is comprised of three different heads of muscle.
These consist of;
Anterior (front) Deltoid : This head lifts the arm to the front.
Medial (side) Deltoid : This head lifts the arm out to the side.
Posterior (rear) Deltoid : This head lifts the arm to the rear.
To develop full wide deltoids all three heads need separate attention as well as heavy compound work.
The best way to work the shoulders is to design a workout that includes two heavy compound movements and an isolation movement for each of the three heads.

Here are the top exercises for the Shoulder muscles This is one of the best compound movements for adding mass to your front and side deltoid muscles. This move also works the triceps.
Stand or sit on a bench and lift the barbell up to the top of your chest to begin the movement. Press the weight directly upwards and lower it down again, repeat for the next rep. Do the move slowly to insure you get the best from it.
Variations include executing the press with the barbell behind the neck, this variation works the two heads slightly different that in front of the neck. This move might be uncomfortable for some people so if you feel as if it is causing you discomfort then simply do the presses to the front. Like the previous exercise except that you use two dumbbells instead of a barbell. You get a greater range of motion when you use dumbbells than the bar.
Hold the dumbbells at shoulder height, press them upwards under control and lower them to shoulder height again, repeat for the next rep.
Consider using a spotter to help you lift the dumbbells to shoulder level and to also help you if you feel you need a little extra help towards the end of the movement.
Variations include using the smith machine to press a weight overhead. This isolation movement works the rear deltoids.
Hold a dumbbell in each hand, bend over at the waist until your torso is almost parallel to the ground and the dumbbells are held freely straight down in front of you. Keeping your head up and your back straight raise the dumbbells up and backwards in an arc until your arms resemble a pair of wings. Slowly return the dumbbells to the start again.
Variations include rear raises done with cables. Front raises are an isolation movement that work the front deltoid. Stand with a dumbbell in each hand. Raise one in front of you in an arc until it’s shoulder height, slowly return it to your side again, repeat for the other arm.
Variations include the movement done with cables and also the movement done seated. Side raises are an isolation movement for the side deltoids.
Stand with a dumbbell in each hand. Raise both dumbbells out and up straight to either side in an arc. Pause at the top and slowly return the weights down to the side under control.
Variations include the movement done with cables and also the movement done seated. The upright row is a compound movement that works the front deltoids and also the trapezium.
This can either be done with a barbell or dumbbells. Stand up straight holding the weight in front of you at your waist. Lift the weight straight up and as you do your hands will rise to your shoulders and your trapezium will shrug with the movement.
Remember, this movement might not be comfortable for some users or those who suffer from a shoulder condition so if it hurts then omit it from your training program. 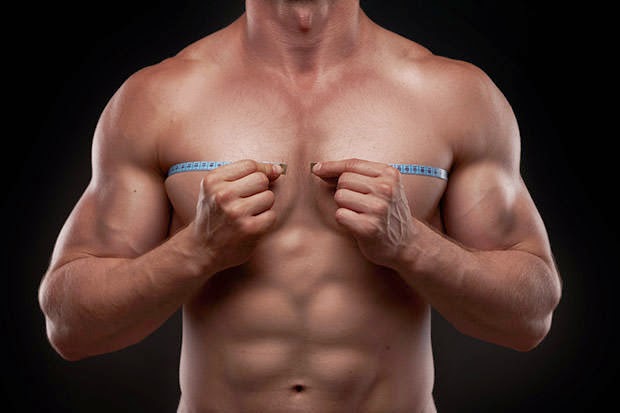