A flattering body part for men who have developed a full muscular chest.
The chest actually consists of upper and lower portions. You need to include flat, decline and incline bench movements to fully develop the upper, middle and lower chest.
Also to target the middle and outer areas requires a variety of exercises which I will cover here.
To develop the chest initially you should use mostly free weights and compound presses.

Here are the top exercises for the chest muscles The bench press is fundamental in a training regime to build mass in the chest, front deltoids and triceps.
Lie on a bench with your feet on the floor. Grasp the bar a little wider than shoulder width.
Lower the bar to your chest slowly, DO NOT rest the bar on your chest. Press the weight up again until your arms are extended with a slight bend at the elbow.
Remember to have a spotter present when you are attempting to press heavy weights.
The bench press works all areas of the chest.
Variations include machine presses. This is just like the bench press with the exception of having the bench at an incline angle of your choice. Remember the higher the angle the more your front delts are coming in to play.
The incline press focuses on the upper chest area. The decline press is done on a decline bench so that your upper body is angled downwards.
This works the lower area of your chest.
Its especially important to have a spotter present with decline presses as its much easier to get into difficulty. The dumbbell press is done on a bench but its done with dumbbells instead of the barbell.
It works the chest muscle through a greater range of motion than using the barbell alone. And using two separate weights forces the stabiliser muscles to work too.
Hold two dumbbells in your hand while sitting on the end of a bench, sit back and bring the dumbbells straight up overhead.
Lower the weight towards your outer chest slowly and under control. Press the weight back up again to finish the rep. Like the incline bench press only using dumbbells.
This exercise works the middle and upper pectoral muscles. Again this is like the bench press version only with dumbbells.
This exercise works the middle and lower pectoral muscles. The push up can be performed anywhere you have floor space. It requires no equipment and is useful when travelling.
Kneel down on the floor, place your hands in front of you on the floor and lift up your knees until its just the tips of your toes on the floor. Lower your upper body until your chest almost touches the floor, push yourself up again and repeat. Lie on a bench and hold two dumbbells at arms length above you , palms facing each other. Keeping your arms straight, lower the weights out to the side of you in an arc motion. Stop short of parallel and using your chest muscles bring the weights together again in an arc motion.
Remember to keep a slight bend in the elbow joint as you move through the movement to prevent injury to the joint Dumbbell incline fly’s are a variation on flat fly’s. Using an incline bench repeat the procedure as for flat dumbbell fly’s. Again decline fly’s are a variation on flat fly’s. Be sure you have a spotter present to watch you don’t strain yourself in an awkward position.
It might also be a good idea to have the spotter hand you the weights after you get yourself into the decline position.
Variations on dumbbell fly’s are fly’s done using cables such as standing cable fly’s and bench cable crossovers.
Also machine fly’s are useful as well. The add that element of safety also to the exercise. Dips have a similar effect as decline presses. Dips are done using your own body weight. As you become stronger you can add more weight by holding a dumbbell between your feet.
Hold onto the parallel dip bars at arms length. Slowly lower yourself as far as you can down. Press back up to the starting position from there.
To lean further forward and involve more of your chest, cross your feet behind you which causes the body to lean forward during dips. 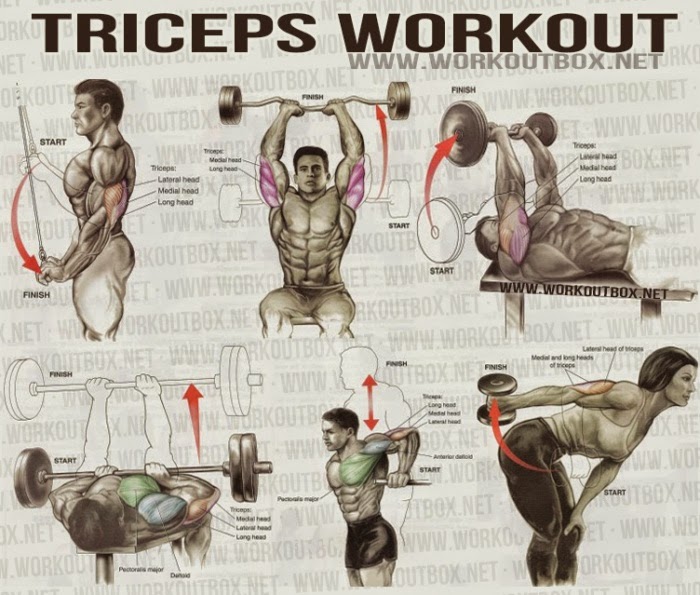