Home
HEALTH
The Complete Biceps Training Guide – What, Why and How
Advertisement
Advertisement
Hey there – are you looking to beef up your guns? If yes, then you can’t afford to overlook the importance of training your brachialis muscle, which sits right under your biceps, and your brachioradialis muscle, which is a long muscle that runs from deep inside the center of your upper arm to the center of your forearm. These two work to flex the arm at the elbow during any movement involving the arms, so you can see why they deserve a lot more attention than you’re probably giving them now!
Don’t let your bi’s get all the love. If you want to maximize your bi’s peak and overall arm size and width, you need a new strategy – one that emphasizes elbow flexion and slower rep speed in order to increase the stress placed on the brachialis. Once you begin hammering it the proper way, your developing brachialis will literally push your biceps up, making them appear taller, bigger and meaner. Advertisement
Read the rest of this article to learn all you need to know for maximum arm development!

Now here’s a piece of advice that’s worth repeating a thousand times: train the brachialis, people. This elbow flexor is so often overlooked in arm training programs that it’s no wonder only a few people can be seen sporting great, thoroughly developed guns. Without hitting the brachialis regularly and with the appropriate amount of stress, you can’t even dream to maximize your biceps peak. The reason is very simple – due to its position under the biceps, the brachialis has the ability to push them up as it gets bigger, which translates to taller and truly attention-grabbing biceps. This doesn’t mean that you shouldn’t train your biceps directly – on the contrary, you should make sure that each one of these crucial arm muscles gets the required amount of work in order to grow.
The good news here is that you don’t have to use a variety of hand positions and angles to achieve optimal stimulation of the brachialis, as it only has one head and doesn’t cross the shoulder joint. However, that doesn’t mean that you should shy away from using a variety of rep ranges to maximize muscle damage and hypertrophy.
What’s the best, most effective way to target your brachialis and brachioradialis with the intention of developing maximum thickness and strength? You are about to find out.

1. Hammers, Hammers and Then Some More Hammers

Performing hammer curls allows you to build the brachialis and brachioradialis in a way no other curl variation can. They obviously derive their name from the hammer grip you have on the dumbbell while performing them, but this name also suitably hints at their ability to hammer your muscles like no other move. The hammer grip shifts the stress away from the biceps brachii and onto the brachialis and to a somewhat lesser extent, the brachioradialis.
How to:
You can also perform neutral-grip barbell curls and rope hammer curls for the goal of building additional arm size and width. For the first one you’ll need access to a bar with vertical handles, and for the latter you simply need to attach a rope on a low pulley and hammer away. Finish your routine with some reverse curls, which are best for emphasizing the work of the brachioradialis.

The one thing you won’t hear so often about is that slower rep speed works a lot better for maximizing brachialis recruitment than fast tempo. For this goal, you want to emphasize the eccentric portion of the rep as well. One big study found that focusing on the negative part of the rep and slowing down the movement increases activity of the brachialis while also decreasing involvement of the biceps brachii.
The most important reason for this phenomenon is the fact that the brachialis muscle has more slow-twitch fibers than the biceps, and therefore, has more of a stabilizing role compared to the biceps brachii which is meant for faster, more explosive work. To achieve optimal stimulation of your brachialis, you only need one or two brachialis-hammering exercises in your biceps routine. Just focus on your form and execution and we guarantee you’ll notice the difference in your overall arm development pretty damn soon.

Your Guide to Proper Biceps Exhaustion!

That being said, your biceps, which are a relatively large muscle group, are also one of those muscle that can quickly get bored by the same old workout, as they will become more and more resistant to growth as they learn to be more efficient in the absence of new challenges.
But first, let’s take into consideration where most people get arm training wrong. They usually start their biceps routine with a straight bar curl, which is perhaps the best mass-building movement there is for this body part. The problem, however, is that when you begin the routine with this type of exercise, the smaller muscles of the arm tend to get overly fatigued too early in the workout, and it’s really hard to get them to respond later on. This can interfere with your long-term mass gains, as working your smaller muscles late in the workout decreases the opportunity to exhaust all the elbow flexors and therefore limits total muscle recruitment, limiting your gains. You need continual stress to cause continual recruitment and thereby continual progress. How to achieve this? By working the smaller muscles first in the workout, and then hit the larger muscles with high intensity in order to force them to work even harder and achieve maximum muscle fiber recruitment.

As you already know, the biceps brachii has two separate heads: the long head and the short head. The long head attaches just above the shoulder and forearm, while the short head attaches onto the shoulder and the inside of the foream. Both heads combine to form a common tendon at the elbow but form two different tendon attachments at the shoulder, which means that functionally, each head is responsible for a few same but also for many different movement patterns.
In common bodybuilding lingo, the long head is often called the outer bicep, and the short head is known as the inner bicep. With the right exercises, it’s possible to focus on one head or the other during curls – for example, the narrower grip on barbell curls can help you emphasize the work of the long head, while wider-grip curls will target the short head more. Since the long head of the biceps crosses the shoulder joint, there are other highly effective movements and techniques that you can employ to train it as thoroughly as possible, such as pre-stretching the long head in order to force it to work harder. Also, if you bring your elbows forward a bit as you approach the top position of the movement, you can cause your long head to contract harder and achieve a fuller contraction at the top.

One big quest for many bodybuilders devoted to maximum arm development is maximizing the biceps peak. Now, while it’s true that the overall shape of your biceps, including their peak, is by en large already determined by your genetics, there are a few things you can do to accentuate the peak and develop this part of your arms even further. For this, you need movements which specifically target the long head and allow you to work it to exhaustion. The exercises best suited for this are:
•    Narrow-grip curls with an EZ bar
•    Incline dumbbell curls
•    Barbell curls (to nose)

As we mentioned above, performing curls with slower tempo will help you place more stress on the brachialis, while faster curls tend to target the biceps brachii more. Therefore, in the bicep-building part of your routine, you will do your curls with a quicker tempo than usual. That being said, make sure to keep the eccentric portion of the curl at least one second long in duration to maximize tension and muscle fiber recruitment.
While programming the number of sets and reps you’ll do for biceps, consider the intensity of the sets and your training frequency. Generally, it’s best to hit your biceps once every 5 days, where you should take most of your working sets very near to concentric failure, and do about 9-12 sets for optimal gains. Divide those sets across 3-5 different exercises to provide sufficient training stimuli.
We highly recommend you include some intensity-boosting techniques into your routine, such as forced reps, drop sets and negatives. However, to avoid overtraining, abstain from doing these at every workout, and when you decide to use them, decrease the number of sets in order to allow your body to fully recover after the workout.

This specific program requires you to train your biceps a bit more often than the general recommendation – for best results, you need hit them with brief workouts on three nonconsecutive days per week for about six week in total. At the beginning, you’ll do three sets of two exercises during each workout, and you will stop a rep or two short of total failure.
As for the reps, you can’t expect to grow like a beast if you don’t make the best use of every rep range and rest period. Consider that each rep range comes with its own unique set of benefits, and you need all of those to ensure complete muscular development. Just remember that for optimal results, your number of reps and amount of rest between sets has to be inversely proportional. Here are a couple of examples of rep ranges you should incorporate into your program:
And obviously, to get the best size gains possible, it’s of vital importance to use all three to stress your muscles in every possible way, and build strong arms of mythological proportions.
0
SHARES
ShareTweetSubscribe
Advertisement
Tags: Arm Exercises, Workouts 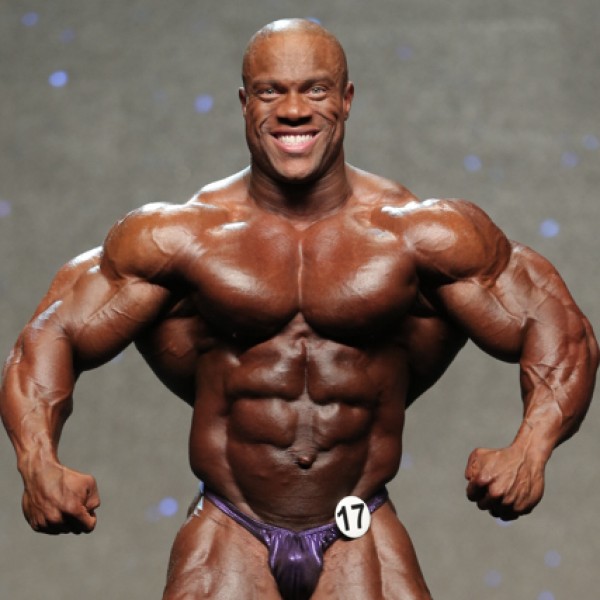 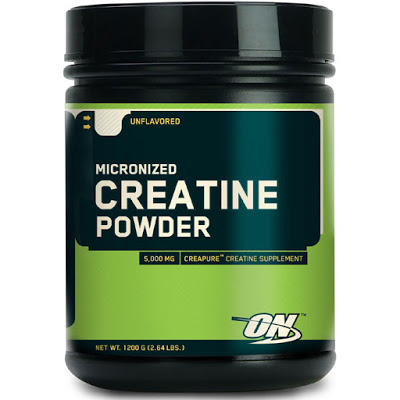 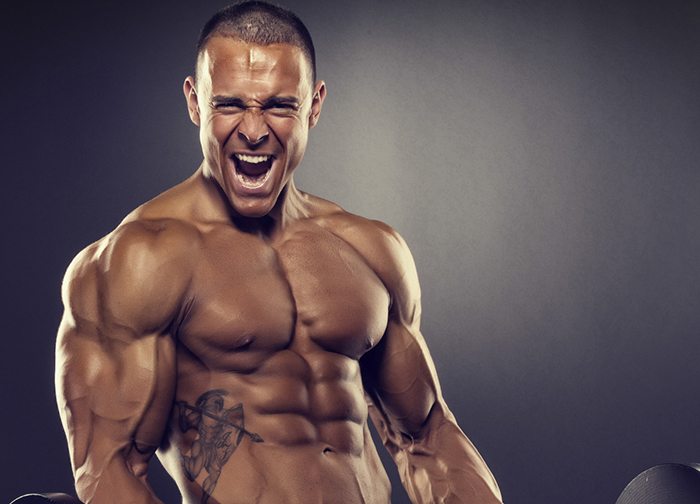