Home
HEALTH
How to Do Bicep Curls Right
Advertisement
Advertisement
The biceps are widely regarded by serious weight lifters as ‘vanity’ muscles, since relative to the other muscles in the body they perform a very specific and limited job. Other muscles such as the hamstrings, deltoids, lats or glutes are used extensively in compound exercises, but biceps are almost incidental to such major exercises such as the squat or dead lift, and get plenty of exercise when done in a power clean or bench press. However, across the world, hundreds of thousands of people focus on the biceps, curling away like mad before mirrors, seeking to gain bulging biceps like Arnold Schwarzenegger. Since everybody insists on doing this exercise despite its limited benefits to strength, power, or explosiveness, it’s at least worth trying to do correctly.

Advertisement
First of all, ignore any circuit training machine. Anything that works out just your bicep in a mechanized fashion is a waste of time. Not only are you failing to use your core stabilizer muscles to good effect, but you will be forcing your body to adapt to the machine’s dimensions to your detriment. One size does not fit all, and attempting to adjust it to your own arm length is a waste of time.
Second, don’t bother with all the secret formulas out there in regards to dumbbells. They’re everybody’s favorite, and you always see people alternating each arm as they lift each weight, or turning the dumbbell from a vertical orientation to the horizontal at the apex, or sitting down, or any other thousand variations. Don’t bother.
The reason is because you should use the barbell to curl with. Using the barbell is excellent for several reasons. First, it forces you to lift with your hands in the correct position, supine (that is, palm up), which forces your bicep to contract most intensely when you curl, and imposes the correct muscular form in regards to your shoulders and elbows. The method is simple and effective. Stand before a power rack with the barbell set at sternum height, loaded with the correct amount of weight. Grip the barbell, lift off the rack, and take a single step back. The key point here is to keep your elbows pressed tightly against your rib cage. Don’t let them float about, swing, shift. Keeping them pressed, hold your breath and lower the barbell down, until your arm is almost straight. At that point your elbows will naturally shift back an inch or two, but that’s alright at the lowest angle. Don’t pause, don’t bounce, but rather smoothly lift the barbell once more.
Note: with heavy weights, you will have to balance the load by leaning backward. That’s alright. Simply mechanics points out that with heavy weights in the front, you need to compensate by leaning back. Don’t do it excessively, but let your body naturally compensate. Remember, keep your movements smooth, don’t bounce the barbell at the bottom to lift it back up, don’t bend your knees or buck with your hips, allow your core to play its part in stabilizing you, and when you’re done, consider doing an excellent compound exercise next time instead.
0
SHARES
ShareTweetSubscribe
Advertisement
Tags: Bicep Workouts, Workouts 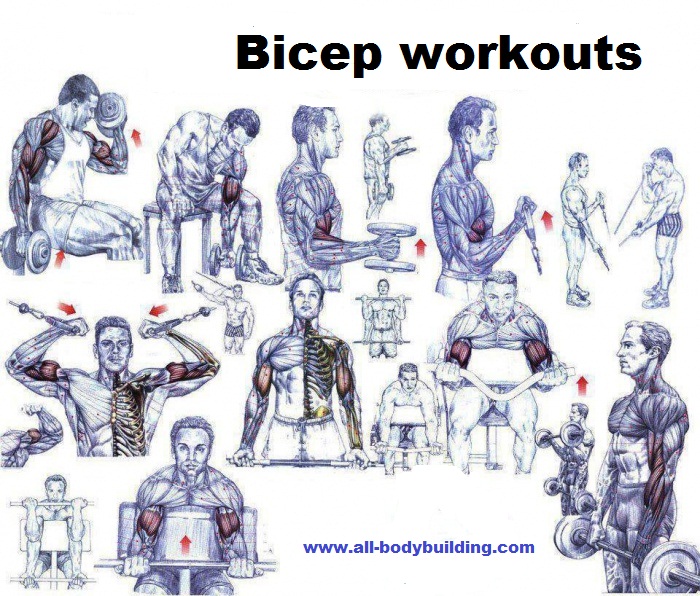