Home
HEALTH
What You Need to Know About Eggs and Egg Protein ?
Advertisement
Advertisement
Eggs have been recognized as one of the best bodybuilding foods. Rich in protein, low in everything else, if you skip the yolks, and healthy when cooked in a variety of delicious recipes. However, what does supplementing with eggs look like?
Does it give your muscles new opportunity to grow or does it provoke a negative response from your body? We know that eggs have been beaten up (no pun intended!) over their contents but in reality they are one of the best things you can eat in almost any diet. You might even be interested in supplementing with egg protein, and you wouldn’t be wrong to try it, as more often than not, when combined with the right exercise regimen and diet schedule, they’ll result in growth and improvement. Advertisement
Eggs are a well-known fitness food and if you need any protein you can always get it from an egg. They contain high-quality protein which will satisfy your body’s needs and make sure you continue to improve. If you’re allergic to dairy or soy, don’t worry – you’ll be fine with eggs. Not only can eggs be beneficial to your efforts, they can be the vital part of your dieting plan, if you use them correctly. Here’s how to do that. How to Create Your Own Egg Protein Powder?

In order to create an egg supplement, you have to go through a process. First, isolate the egg whites from the yolks. Even though sometimes yolks are kept in, you will be better off separating the whites only. Pulverize them and dry the remaining material into a powder. Egg whites are also called egg albumen and they’re the primary ingredient of egg protein supplements.
When you read the word “albumen” on the contents, which means that more often than not, your supplement will have been purged from all the unnecessary fat by filtrating. Afterwards, you will need to pasteurize the egg whites, but you will need to be fast and precise.
Pasteurization is a process that uses really high temperature to kill all of the microbes in the material, but it also makes sure that all of the protein is protected, thus giving you a pure, microbe-less, nutrition-packed egg white. This process is used for dairy, but it works just as well for egg white protein. It’s not even exclusive to bodybuilding – bakers and confectioners use solid egg protein powder as an ingredient, and plain egg whites are in every single recipe where you would need something whipped.
This is actually a neat trick – you can tell if your egg protein powder is pure or at least high in albumen and low in carbohydrates, fats and gelling agents by the amount of foam released when you whip them and the duration for which it exists. Why Should I Care About Egg Protein?

University research studies have shown that egg protein stimulates muscle growth in the body and boosts the creation of protein. This is probably because of the large concentrations of leucine, around 9%. Leucine is an essential, branch chain amino acid and it’s the acid that takes care of synthesis stimulation when it comes to muscle mass in the after-meal period. Not a lot of things have more leucine than an egg – pure WHEY protein being one of them.
Eggs have an incredibly high percentage of leucine, anywhere from 10 to 20 percent more than other sources. Also, egg proteins have a much more anabolic effect on the body than soy or wheat protein. It even beat them in the university study, where people who took egg protein increased their body mass much more than the people who took the other two proteins, even when they had the same amount.
When you eat an egg, your body practically absorbs all of the contents and after eating one, your body gets a surge in plasma amino acids, which have an effect on the muscles themselves. Muscles are vulnerable when it comes to blood amino acid levels and so they grow even stronger than before, with amazing speed and consistency.our food intake in the short term.
So, if you want to lose some body fat, you should focus on eggs a little bit more, especially if you want to feel full most of the time. Eating egg protein has a lot more benefits though – it has a lot of macronutrients, as well as vitamins and minerals. All of these components provide a substantial boost to the overall healthiness of the egg.

I’m Lactose/Milk/Dairy Intolerant. Can I Have Egg Protein?

The short answer is yes. There is a lot of leucine in egg protein, but WHEY protein powder is a bit purer and has better leucine density, 11 percent as compared to the 9 percent of the egg protein. That being said, the World Health Organization says that up to four percent of adults have some form of dairy allergy, and the number is the same for those sensitive to dairy and milk.
These people can eat egg protein while losing out on very little, which could be even made unnoticeable by the amazing effects of the stuff. Egg protein powder is highly filtrated and it shouldn’t contain a lot of carbohydrates, which means that the lactose intolerant can also use it without having it hurt them. It’s a manageable trade-off, really.

So When Should I Eat Egg Protein?

How much of the stuff you eat will be egg protein is up to you, but there are of course way to calculate the needed amount. Factors in this equation are things like body weight, protein intake, amount of other protein food eaten etc. Because eggs have a lot of leucine, you don’t actually need to satisfy all of your leucine needs through eating tons of eggs – you can always measure and most of the time you will realize you don’t actually need that much.
If you weigh 200 pounds and you’re only eating egg protein, you will need anywhere from thirty to forty grams of it per day to maintain what you have and grow even more muscle mass. If you wanted to do the same but used soy instead of egg protein, you’d probably need about fifty grams of it for the same effect.
You can eat egg protein whenever you want and it will still have very positive effects. However, you will often see people consuming it before or after their exercises. McMaster University studies headed by Dr. Stuart Phillips showed that eating as little as five grams of egg protein after working out would boost your recovery time and protein synthesis speed. Don’t clap yet though – the best results of the study were those people who had twenty to forty grams of egg protein daily.
Eggs go through your system really quickly, so in order to slow down the absorption process, supplement companies have put egg protein and whey in combination with casein and other slowly-absorbing protein. What they’re trying to do is make a powder that will provide a steady protein release into your blood flow. It’s unknown if this actually does any good.

Are There Any Side Effects?

Well, some people can have certain allergic reactions to egg protein. You will definitely recognize it when you see or feel it – you might have gas, you might be bloated or you might have diarrhea or GI distress. Also, it might make your gas raspier than usual which can be a bother, but it has a scientific explanation – egg protein has a lot of sulfur as well, so make sure to put them away before any dates. If your doctor hasn’t forbid it, you should try egg protein.
0
SHARES
ShareTweetSubscribe
Advertisement
Tags: Nutrition, Protein 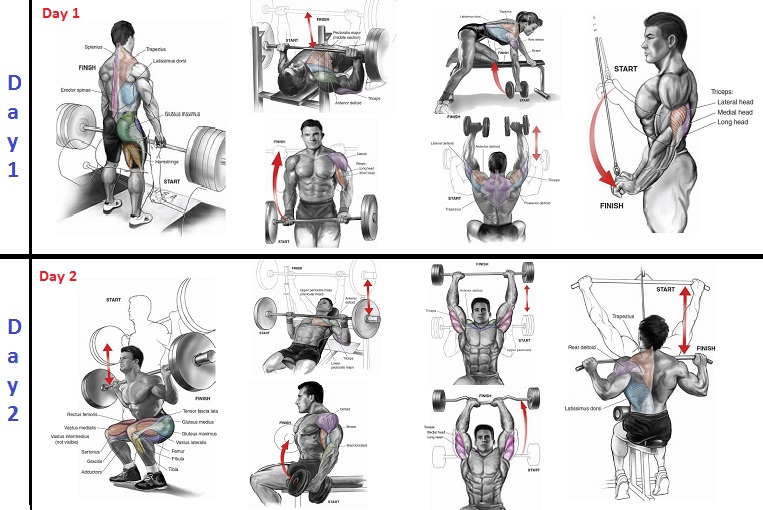