Home
HEALTH
Top 5 Bodybuilder Leg Workouts for the Pro
Advertisement
Advertisement
People work out almost every muscle in the gym but usually leave one part of the body for granted – the legs. The legs serve an important function of the body it supports the weight of the upper body. Even if it isn’t exercised, it is important to keep it healthy to avoid knee injuries and other injuries of the lower extremity.

When exercising the upper body, it is also important to include the legs as well. A defined upper bod would be nothing with flimsy or thin legs. The exercises listed below are some of the simplest leg exercises one can do at home, with or without equipment. Advertisement
There are many variations to the leg squats but it is a great full body exercise that targets specifically the thighs, the hips, the butt, the quads, the hamstrings, and even bones, ligaments, and tendons of the lower body. Starting position is standing near a wall, bent knees behind toes with dumbbells handing from hands. Stand slowly or roll up slowly along the wall, doing this smoothly until knees are nearly straight. End the exercise by going back to the original position. Important note is to never lock the knees. Don’t sit back down on the stool or bench but just barely touch it before doing the exercise again. Completion of this exercise can strengthen muscles and increase its size. This can be done in three sets of 6 to 10 repetitions. Leg extensions are an isolated exercise which means that it targets the quadriceps group of muscles only. Starting position involves sitting on a multipurpose bench with leg attachment. Position the ankles behind the leg attachments. Lean on the bench using both hands but do not lie on the bench. Slowly lift up the weight to a horizontal position. Hold this position for a second then lower the legs back again to starting position. Completion of the exercise strengthens and tightens the quadriceps which helps in overall leg strength and preventing lower leg injuries. For best results, do 3 sets with 6 to 10 repetitions. Calf raises strengthen the calf muscles or the calves. Specifically, it targets muscles such as the gastrocnemius, soleus, and tibialis posterior muscles. Equipment needed is a set of dumbbells and a calf raise stand. Starting position is to place the ball of the foot just over the edge of the calf raise stand. Lower the heel as far as tolerated but don’t overdo it to avoid injury. End the exercise by raising the heel as high as tolerated in a slow and smooth motion. Three sets of calf raises of 6 to 10 repetitions are good. High repetitions can be done of up to 50 because the calves are composed of slow twitch fibers that respond best to lower weights and high repetitions. Lunges are great for exercising the butt and the quads. Starting position is to stand observing a natural stance with weights hanging from each hand. To start the exercise, take a big step forward onto a stepstool. End the exercise by pushing off from the stepstool and returning to starting position. Do not extend the knees forward of the toes to minimize knee strain. Lunges are great for strengthening and tightening the quads and butt for that firm and tone look. Three sets of 20 to 30 repetitions is a good start.
The Romanian Deadlifts Muscles targeted for this exercise is the hamstring. Healthy quads are nothing with spindly hamstrings and can cause knee or leg problems. To strengthen the hamstrings, Romanian deadlifts are a good but advanced exercise that needs to be done properly. Starting position is to stand with legs locked and arms holding a barbell using opposing grips and the back in neutral position.
Slowly drop down gently, feeling the stretch. Keep the torso fixed, avoiding to droop the shoulders. Keep the abs flexed to support the back. Keep the barbell close to the legs as possible to reduce pressure on the lower back while going down. End the exercise at the lowest comfortable position with the knees still locked and start to go back up. Avoid sudden jerking upwards. The number of repetitions depends on the amount the individual is able to do without frying the muscles.
0
SHARES
ShareTweetSubscribe
Advertisement
Tags: Exercises For The Legs, Leg Workouts 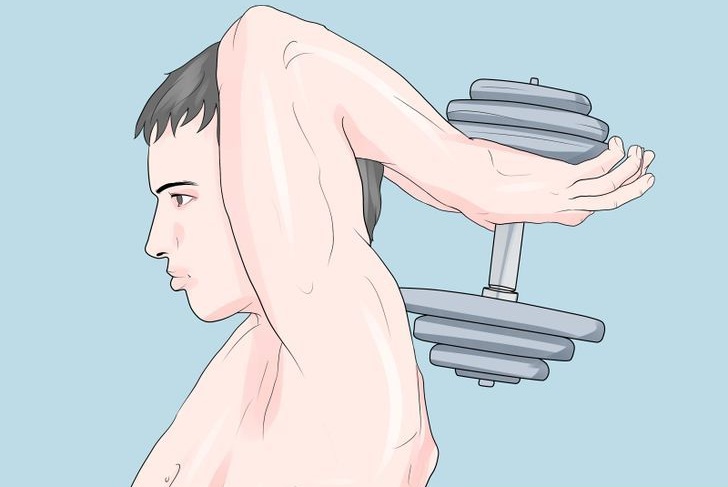